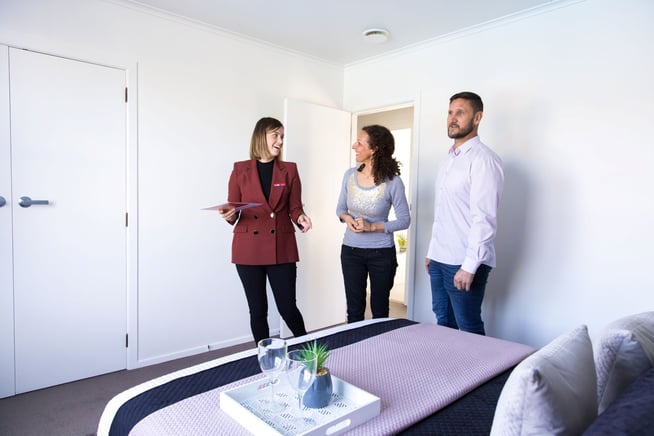 A Hamilton real estate agent says property owners are being realistic and listing their homes with asking prices close to market value, rather than holding out for huge gains as the New Zealand housing market continues to cool.

Lodge Real Estate Managing Director, Jeremy O’Rourke, says this winter has been one of the quietest on record with less interest from buyers and less listings, but those who were choosing to sell were setting their prices very close to their property’s market value, leading to some quicker sales.

“Winter is always a quieter period in the market but the drop off has definitely been greater than usual for this time of year,” says Jeremy.

“The houses that are listed however have been selling with little negotiation because vendors are pricing them to the market, which is positive news for buyers,” says Jeremy.

There were 181 properties sold in Hamilton in June, compared with 317 the same time last year and although the median house price of $810,000 has not fallen hugely, from the high of $881,000 set in November, pricing is tight. Median time to sell stretched to 42 days reflecting the sluggish market conditions.

“Buyers are now purchasing in a market with little competition. Prices are unlikely to fall much further and have stabilised, but interest rates are likely to continue increasing so don’t wait. There are some good buying opportunities available now,” says Jeremy.

Activity among first home buyers was still slow as many continued to struggle to obtain finance, or were taking incentives to buy new builds, and the flow on effect of that was being felt throughout the market, he says.

“If first home buyers can’t get finance then someone selling their home to a first home buyer can’t sell their property either, which means they also can’t buy a new property and soon the effects are felt across the market,” says Jeremy.

He says Hamilton was still experiencing a boom with people moving to the city, but many were choosing to rent properties before entering the market because of uncertainty around where the market would bottom out and tighter lending rules.

“We have seen 32 percent of our renters come from out of town and a lot of these people will eventually be looking to buy but they are side-lined at the moment because they can’t get finance or they can’t find the right property,” says Jeremy.

Lower listings had also led to many accidental landlords; people who intended to sell their properties but decided they were better holding onto them until the market improved.

“Even in a slowing market if investors can hold onto their property, they still face positive returns of around 5.5 percent and where else can you get that return on investment for your money,” says Jeremy.

“There is a lull at the moment and buyers have been apathetic waiting to see what’s going to happen next but we’re saying, make the most of it, don’t wait, because it will change quickly come spring,” says Jeremy.