I’m an Aucklander who made the move to Hamilton back in 2013. Why? No idea! My better half simply suggested it one day, and after the initial laughter subsided it began to make sense. Especially when we considered everything the Waikato had to offer, and everything it didn’t either.

Now, if you’ve had the same thought planted in your head, I’ll be writing a few guides to give you an idea of what to expect should you make a move to these greener pastures, and a bit of advice on what to look out for when searching for your new home.

Don’t worry I’m not going to dive too deeply into comparative market analyses, migration trends, and owner-occupancy ratios, we’ve got plenty of other guides on that. And if you really want personalised advice please talk to one of our agents. This is purely my take on what I’ve learned from living in the Waikato. I hope you find it useful.

Most Kiwis when asked what their favourite season is would probably say Summer. The weather’s great, you spend time with family over Christmas, and there are loads of long weekends to boot. When I was living in Auckland I’d agree wholeheartedly. And I still do now I live in Hamilton, but down here Summer can sometimes feel like an exercise in survival. Simply because it can be unbearably hot!

It’s crazy. You’d think being an hour south of Auckland the temperature would be similar if not cooler, but as Hamilton is essentially a landlocked city there is no gentle afternoon sea breeze to take the edge off. Instead any breeze is akin to opening the oven door, as like Christchurch’s famously hot northwester, the air has heated up as it passes over parched land.

But never fear, there are plenty of ways to combat the summer heat. And without the least bit of irony my first tip for those thinking of moving to Hamilton is to…

Get out of town

Yes although Hamilton is an inland city it is fortunately in very close proximity to some of NZ’s most popular coastal holiday hotspots. The Coromandel Peninsula and Tauranga are just over an hour’s drive away, and you don’t have to struggle through Auckland traffic to get there either. You can set off after work on a Friday and enjoy a BBQ dinner at the bach, instead of drive-thru dinner at Bombay Macca’s.

If you just need to escape somewhere for a day, Raglan is 35-45 minutes away depending on what side of town you’re on. It’s basically the Piha of Hamilton. The town itself is full of funky little cafes, bars, restaurants and retail shops. If you’re into surfing it’s one of the world’s best breaks. If you’re wanting somewhere to take the family the estuary provides safe swimming, a well-equipped playground, and a pretty sweet skatepark. End the day with fish and chips from the famous Raglan wharf and the kids will be snoozing in the car on the way home. 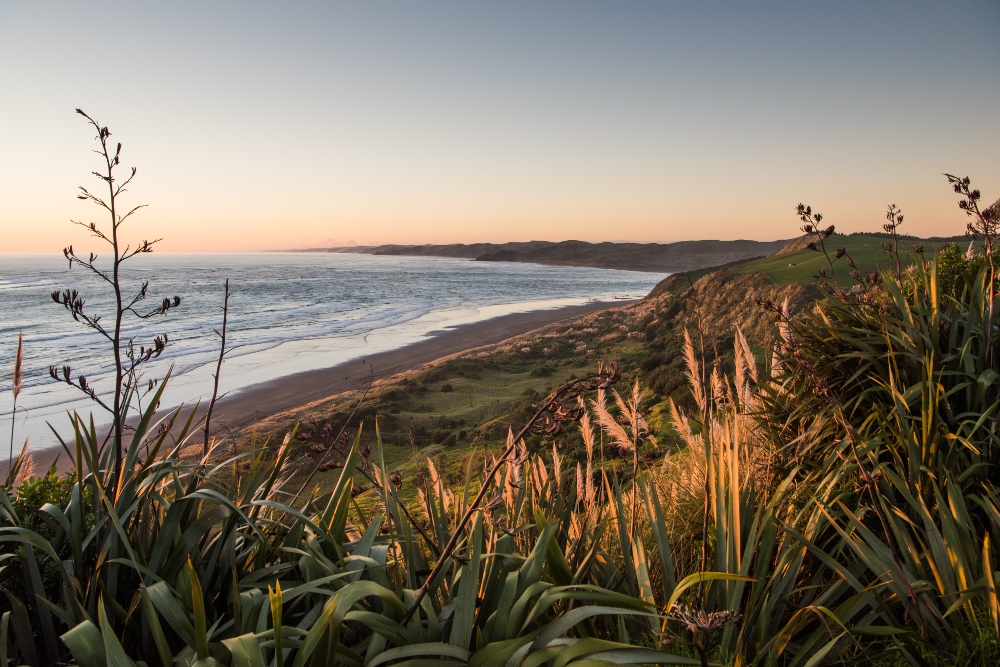 In case you didn’t know, the Waikato River runs right through the centre of Hamilton. And despite what some people say you can enjoy a nice refreshing swim in it without sprouting a third eye. Just follow the rule of toe, if you pop your head under when you’re swimming and can’t see your toes you should probably get out. This is usually only after heavy rainfalls, so during summer it’s not a problem.

The current can also be dangerous. But there are plenty of safe places to swim. The Wellington Street beach is popular and has a jetty for sweet bombs. Hayes Paddock is also a family-friendly spot with lovely tree-shaded grassy banks. There’s a host of other secret spots that I can’t tell you about. But a quick walk or ride down the Te Awa River Path and I’m sure you’ll stumble across them. 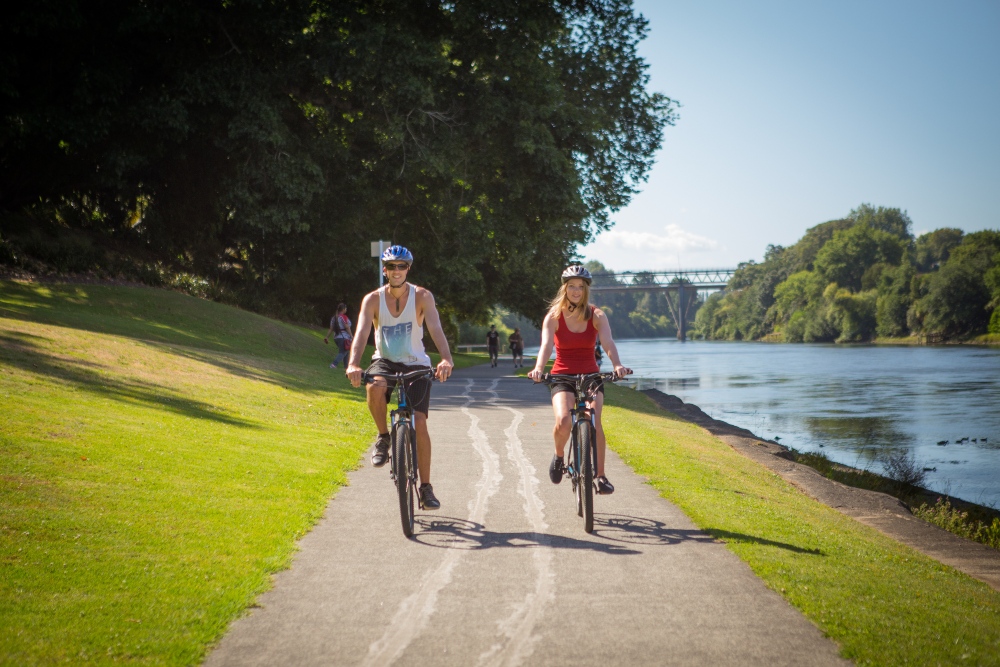 Regarding lakes, Lake Rotoroa, or Hamilton Lake as it is called is not far from the CBD. I wouldn’t swim in it, but they do have a yacht club and again there are some lovely spots for picnics all around it. The better lake for swimming and watersports is Lake Karapiro just south of Cambridge, and the Horahora Domain which isn’t much further. On a hot summer’s day there’s jetskis and boats aplenty, there’s even a campground there if you want to make a night of it.

If you’re up for a stroll, there are plenty of walking tracks nearby that’ll lead you to some spectacular waterfalls. The Wairere Falls in Matamata are the highest falls in the north island. Bridal Veil falls on the way to Raglan is another popular spot. That’s two, but there are loads more to discover here.

Another great way to beat the heat is with a touch of Al Fresco dining or drinking. And Hamilton has a raft of quality establishments with outdoor areas and garden bars.

At the fancier end of the spectrum you have fine dining places like Gothenburg, Palate and Hayes Common. All have outdoor dining surrounded by lush mature trees and overlook the river. If you’re after a pub vibe, The Helm, The Eastside Tavern and most Good George bars have a garden bar where you can enjoy a frosty cold beer and the usual pub fare of pizzas, burgers and chips.

For a Sunday brunch I’d recommend Punnet, Zealong Tea Estate or the Hamilton Gardens Café. And if you’re after a sweet evening treat pay a visit to Duck Island, which has no ducks and isn’t on an island, but makes amazing hand-made ice cream. They’ve got two locations, one in the central city, and one in the popular Hamilton East. Grab one then take a stroll along the river for a nice after dinner treat. 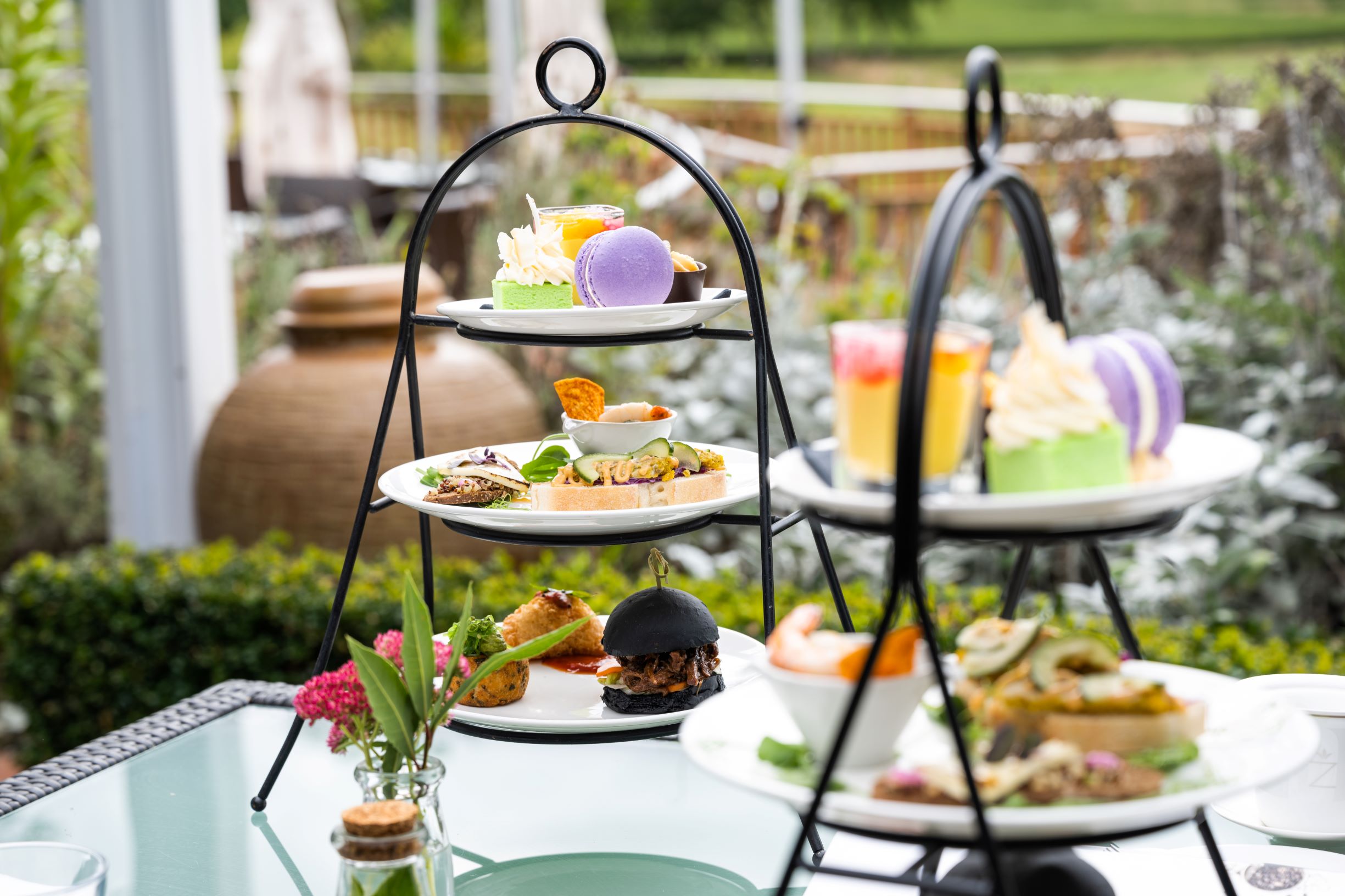 That’s a few ideas on what you can do away from home, now here’s a few tips on…

What to look for when buying a property

As you’ll spend most of your time in your house, having a place that stays cool in summer is vital. I can tell you there are summer nights where we’ve gotten home at 9pm and it’s still 29 degrees inside. On the flipside, in winter it can be minus two. Moral of the story is when you are looking to buy a house in Hamilton make sure it is well insulated, and check it has some sort of heating and cooling. If not, you need to budget to get some installed, or be willing to suffer some sleepless nights.

To give you an idea, we’ve just moved into a new home recently, a 1980s built 200sqm brick and tile that is well-insulated but has no heating and cooling whatsoever. To get fully ducted air conditioning we were quoted around $15,000. The other option was a couple of heatpumps, which would be around $10-12,000 all up. We’ve decided to install an HRV which cost circa $5000, and we’re waiting to see if that does the trick before deciding if we need anything else.

A word about pools

Clearly most Hamiltonian’s have realised the place is thermo-nuclear during summer, hence when you’re house hunting you might notice there are loads of properties that have a pool. We had one at our last house and I can confirm they are a lifesaver (for 5 months of the year anyway). But there are a few things to watch out for if you’ve never owned a place with a pool before:

A well-constructed and highly spec’d new pool will require very little maintenance and can adjust chemical levels automatically, but older pools are still science experiments when it comes to keeping them clean. Get your chlorine and PH levels wrong and it’s red eyes all round. And during summer you need to clean it almost daily or else it’ll turn greener than Kermit’s armpit.

Sure, they don’t churn through as much power as a spa pool, but during high use times you need to run the pump at least 12 hours a day. Add in the cost for chemicals and the rest and it quickly adds up to quite a chunky yearly bill.

When buying a house with a pool make sure it is on the LIM. Yes even if it’s just an above-ground Para pool. And get the inspector doing your builder’s report to thoroughly check all the surrounds and fencing are built to code and compliant.

If you don’t end up getting a house with a pool don’t worry. Waterworld in Te Rapa has indoor and outdoor pools of all temperatures, as well as a big lawn and covered BBQ areas. A great spot to spend a lazy summer afternoon.

That’s about all I have to say about surviving Hamilton in summer and what to look for when buying your new home down here. Despite a few scorching hot days it is a great spot to spend the warmer months, especially when a cool southerly rolls through, and as the seasons change it becomes a whole different city altogether. Hopefully I’ll be able to cover that in future blogs.

If you’d like more information feel free to get in touch with me, or one of our 100+ real estate agents. They’d love to help you find the perfect spot should you want to join us here in Hamilton, Cambridge, or the wider Waikato area. 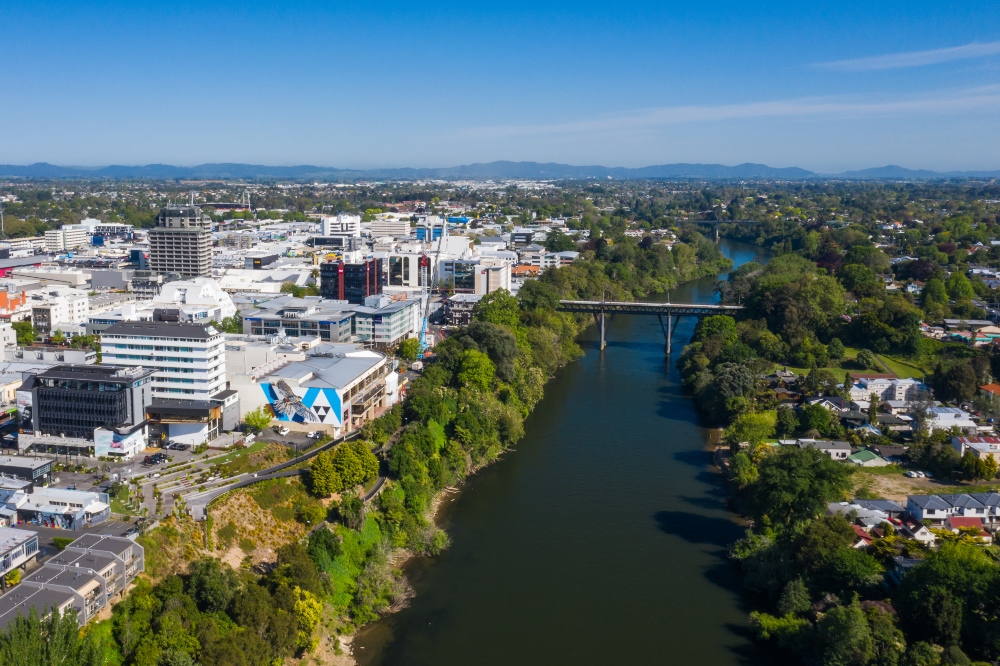