Negative gearing: what is it and how does it work? 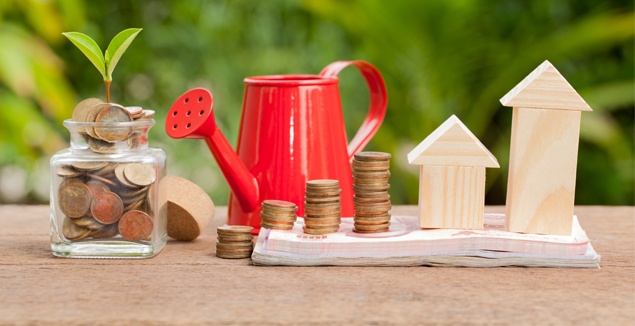 If you’re new to the world of property investment, you will likely have come across the term ‘negative gearing’. It’s often in the news, controversial and sounds quite fancy. But what does it actually mean? Here is our introductory guide to negative gearing.

What is negative gearing?

Negative gearing is the approach of borrowing money to lose money, usually in the short-term, with a view to making it elsewhere.

In the property investment sector, negative gearing relates to the expected income earned by a property not being enough to cover the costs of owning and managing it. However, the investor intends for this loss and will make up for it elsewhere, for example with a reduction in tax.

In concrete terms, it's like buying a rental property and renting it out for $30,000 a year, but needing to pay $35,000 a year for interest, rates and other expenses. The owner can then get a tax deduction on the loss, which is seen as an incentive to invest in housing.

How does it work?

Let’s say a person earns $100,000 a year in their job, and has a rental property making a loss of $5,000 a year. When it comes to the end of the tax year, that person is taxed on $95,000 income overall. The loss on the rental property reduces their income by $5,000, and thus reduces their overall tax bill by $1,650. It’s perfectly legal, but controversial, because in effect, other taxpayers end up subsidising their ‘poor investment’.

What are the advantages of negative gearing?

Ability to borrow more: See example above. If you’re disciplined with your investments, negative gearing is one way to offset cashflow losses in the short-term. This enables lower or middle-income earners to invest in property, which they likely would not be able to afford otherwise.

Take advantage of capital growth: Besides tax savings, arguably the biggest benefit of negative gearing is that it can allow an investor to afford to buy a property with the potential for high capital growth. Capital growth potential is the most common goal of property investors. Negative gearing allows you to more easily afford some properties that will increase in value in the future.

Better quality investments: Negative gearing can open up the range of properties an investor can afford to purchase, including properties where the rent would not necessarily fully cover the mortgage and expenses. This can potentially allow an investor to invest in safe, secure areas that are likely to provide regular rent, which is a sound investment strategy, or to invest in high capital growth areas.

What are the disadvantages of negative gearing?

Rules can change: Your investment strategy is based on a set of rules which can be changed. The revocation of building depreciation is a good example and this has lessened the benefits of negative gearing significantly. The fact that you can’t control this change means negative gearing is a real risk.

Risk: Borrowing money to fund a property comes with the possibility of rising interest rates and depreciation in the value of your property, which can eat away at the potential capital gains. Many people incorrectly assume negative gearing is a fool-proof strategy to “save money” on tax. No investment strategy can be called “fool-proof” or “safe”, and significant losses are possible if the investor underestimates the amount of loss they are making on their investment. Most people embark on negative gearing to achieve capital gain, but there are no guarantees. Capital gains are not steady or certain, and you may end up without appreciation in value with negative cashflow.

Higher debt levels: Negative gearing can help more people afford more properties, which can drive up house prices. There are also the unforeseen costs of property ownership which have the potential to make a slightly negative property very negative.

An example of capital growth from negative gearing

A change to the depreciation rules

In 2010, changes were made to the rules around depreciation. Where previously property owners could take three percent of building costs as a tax loss, the change has now meant it is no longer possible to depreciate buildings, thus making negative gearing harder to achieve. It could be said that the golden days of negative gearing are over.

However, the approach to negative gearing does bring about the discussion of good debt vs bad debt. While negative gearing may encourage people to borrow more, it can be argued that servicing an income-producing asset is good debt in the long run.

Negative gearing could be the determining factor as to whether an investment is good debt or bad debt. Is your property making – or not making – a return? And can you make a previously negatively geared property cash flow positive? If so, it could be the answer to turning an investment into a winner.

The future of negative gearing

Labour have announced a plan to phase out negative gearing over the next five years in a bid to dampen property speculation and help first-home buyers go up against property investors.

The Property Investors Federation has opposed removing that incentive, saying it could result in a shortfall in rental housing stock.

At Lodge City Rentals, we’ll be keeping a close eye on these changes. In the meantime, if you have any questions about negative gearing and how it could affect you, get in touch with the team today.

Looking to invest in Hamilton?

Download our free guide on complete with suburb profiles and housing market summary.