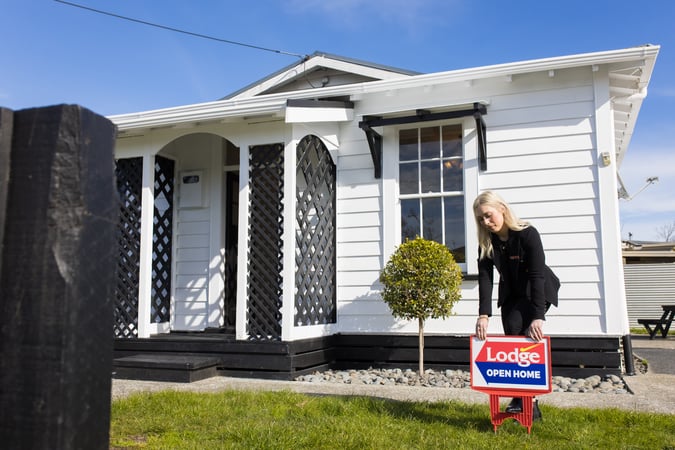 Property investors are rotating their portfolios selling off older properties to buy newer ones as they seek to manage their investments against changes to property tax rules and Healthy Homes standards. Hamilton’s Lodge Real Estate Director, Jeremy O’Rourke, said Lodge agents had noticed a trend over the last few months of property investors “rotating” properties in their portfolios, bringing older properties to the market, and seeking to buy new ones.

He believed it was being driven by Government changes to property tax rules which mean investors will no longer be able to deduct interest payments on their rental properties from their taxable income. Interest deductibility is being phased out until March 31, 2025.

The rule change does not apply to property which received its code of compliance after 27 March this year however, and investors with properties falling into that category can continue to deduct interest payments for 20 years.

“We are starting to see a trend of property investors rotating their properties, selling off older homes and buying new ones and we expect to see that increase with the tax changes and Healthy Homes requirements,” said Jeremy.

In February 2019 the Government announced the healthy homes standards. These standards are now drafted into the Residential Tenancies (Healthy Homes Standards) Regulations 2019 and place specifications around provision of heating, insulation, ventilation, moisture, drainage, and draught stopping in rental properties.

Jeremy believed this was also impacting investors decisions to sell off older homes.

“There are certainly some investors who are choosing to sell off their properties and buy ones where this work has already been completed,” said Jeremy.

The market in Hamilton was still buoyant in the face of the Reserve Bank’s Official Cash Rate (OCR) increase of 0.50 percent and flow on interest rate rises. As summer approached there were a good number of listings coming onto the market, Jeremy said.

“We certainly haven’t yet seen people spooked by the OCR increase. This may be because we haven’t seen the full flow through to interest rate rises at the retail banks yet but ultimately, we still have a lot of people wanting to move to Hamilton,” said Jeremy.

He said the market was feeling the effect of professionals moving to Hamilton for new jobs, Rabobank’s decision to move its head office to Hamilton an example.

There were 330 properties listed new to market for sale in Hamilton during September. This compared with 235 listed for sale in August 2021 and 345 in September 2020.

While house prices for the last five months have been relatively consistent in Hamilton, Jeremy said prices in September were strong and he expects the official median, when announced by the Real Estate Institute of NZ in the next few days, is likely to be up on last month.