Get the latest on mortgages and lending with Total Mortgages 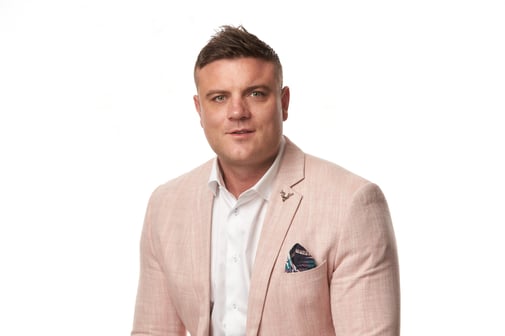 Securing a mortgage is a key part of the home-buying process, guiding how much you can borrow and therefore spend on your new property.

With numerous changes signaled by the Reserve Bank either in effect or on the horizon, we spoke with Jordan Cameron from Total Mortgages to get the latest on lending that all buyers should know.

Jordan explains that the biggest change is coming from October 1, when banks are required to cut new lending to owner-occupier borrowers who have less than a 20 percent deposit, to just 10 percent of their total new lending.

The latest round of tightening comes after the Reserve Bank re-introduced LVR restrictions late last year, which saw banks required to limit the amount of lending to owner-occupier borrowers with less than a 20 percent deposit, to 20 percent of their total new lending.

This was followed in May by banks reinstating the requirement for investment properties to have a minimum of 40% equity.

“There have been some pretty big changes this year, but first home buyers were still able to make loans work for them. This round of tightening is certainly going to be a lot more challenging for first home buyers to get finance and get into the market,” says Jordan.

He said up until this point, Total Mortgages hadn’t seen much slowing in the market because of the LVR changes, but with the Reserve Bank tipped to also increase the Official Cash Rate (OCR), he expected to see a slowdown, as interest rates started to increase.

The Reserve Bank was set to increase the OCR just as New Zealand went into lockdown on August 17 but it held off on the move. Latest forecasts suggest the OCR will increase to 1 percent early next year and perhaps eventually to 2 percent in 2023 and 2024.

“There is a slowing in the market coming but we haven’t seen it yet.”

House prices have increased on average around 25 percent over the past 12 months, driving the market forward, but Jordan said banks were also starting to look more carefully at debt-to-income ratios.

He said banks have already been looking carefully at high LVR deals, in some cases, limiting borrowing to an amount based on six times of a borrower’s total income if they didn’t have a 20 percent deposit. If borrowers met the 20 percent deposit threshold, they were only letting them borrow to seven times their total income.

“We are finding they do factor in rental and boarder income into that too, but they have already pushed back on some deals that meet all the other criteria,” said Jordan.

While this may seem less than positive, Jordan advises that potential buyers shouldn’t be discouraged.

“Mortgages and lending are a personal matter, and everyone’s situation is different. As mortgage brokers, we work for you, in your best interests (not the banks’ interest). We act as your personal ‘bank manager’, guiding you through your contracts, helping you at auctions, and making sure the wheels don't fall off.

“I advise anyone looking to enter the market to get in touch with our team, and we’ll be able to provide advice specific to you.”

Our own Lodge Managing Director Jeremy O’Rourke echoes Jordan’s sentiment that we haven’t seen the market slowdown yet. In fact, spring has already seen a lot of activity with people seeking pre-listing kits and requesting home appraisals.